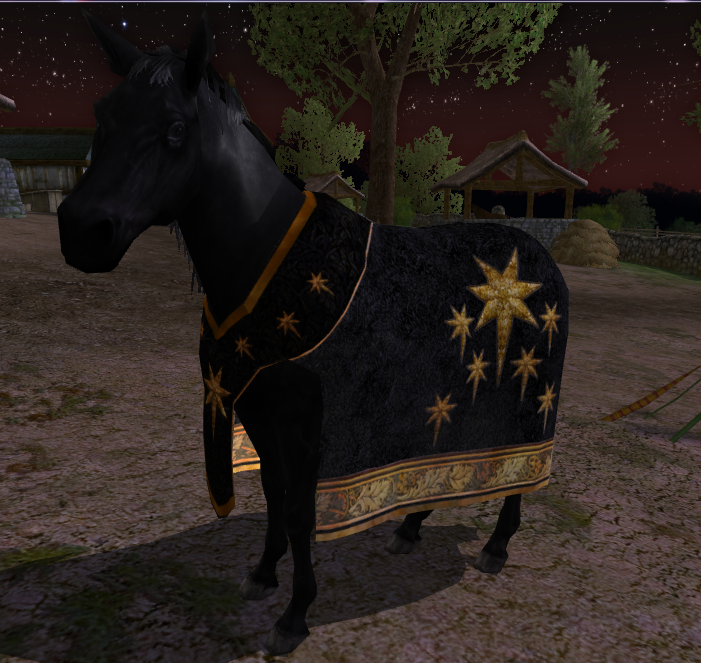 Another year has come and gone, and today Lotro celebrates it's 7th Anniversary! A glorious pattern of seven golden stars set against black velvet greeted my arrival as I rode up to Hengstacer Farms. This pattern is so captivating that I am willing to overlook the fan-dubbed "table-cloth" steed caparison which it is set upon. The symbolism may be a foreshadow of things to come as we venture onward to Gondor, whose national sigil bears the Seven Stars above the White Tree. 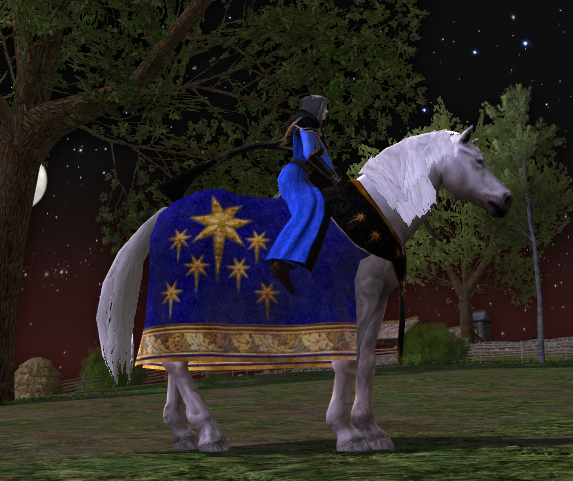 However, my excitement was quickly nipped in the bud as I rushed to see the new cosmetics . . . . Another robe. I know these things are freely given to us as gifts and I shouldn't complain, but if you spoil your customers for years on beautiful dresses and tunics, you are going to get some backlash. Why does Turbine insist on re-using this mesh??  If the devs want a unisex robe to make content-developer life easier, the Lissuin Robe from the 2013 spring festival is a far better choice in my opinion. 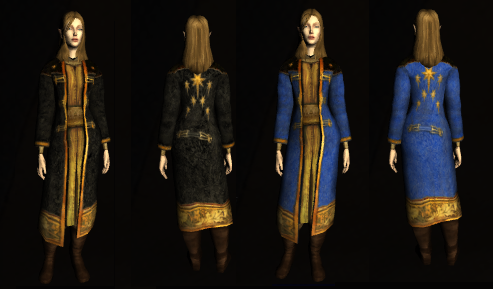 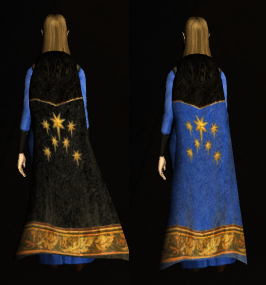 I can't speak for everyone. Some people may really like these robes. And I'm not saying that I don't either.  The pattern is remarkable and very Tolkienish. My male characters will be wearing these proudly. But I'm not going to stay up all night trying to get them in my wardrobe as quickly as possible.

Posted by TheElvenTailor at 4:27 PM