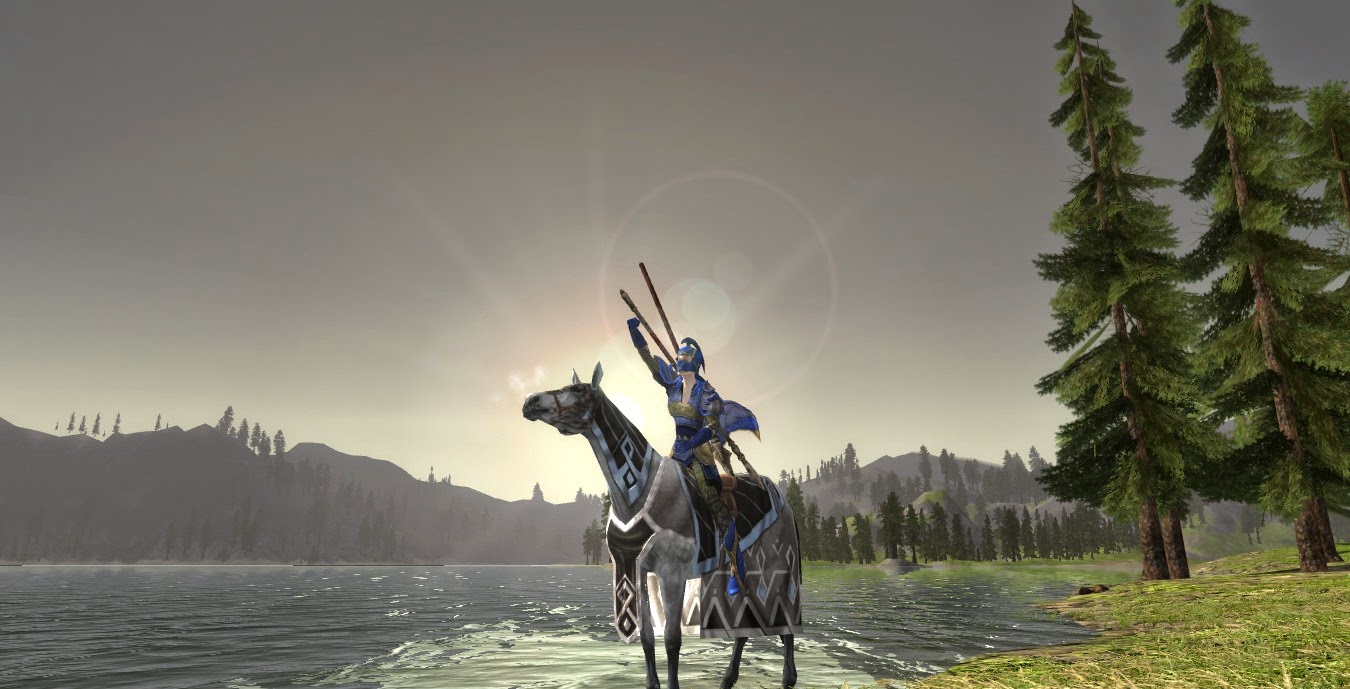 I couldn't find much time to play Lotro this week, so I decided to showcase an outfit that my Warden has been using since I created her - her "default" outfit, so to speak. One of the first cosmetic pieces I ever purchased from the Lotro store was the Ceremonial Razor-Helm. It's distinctly Elven look really appealed to me, especially since it resembled the Second Age Elven armor from the Peter Jackson movies. 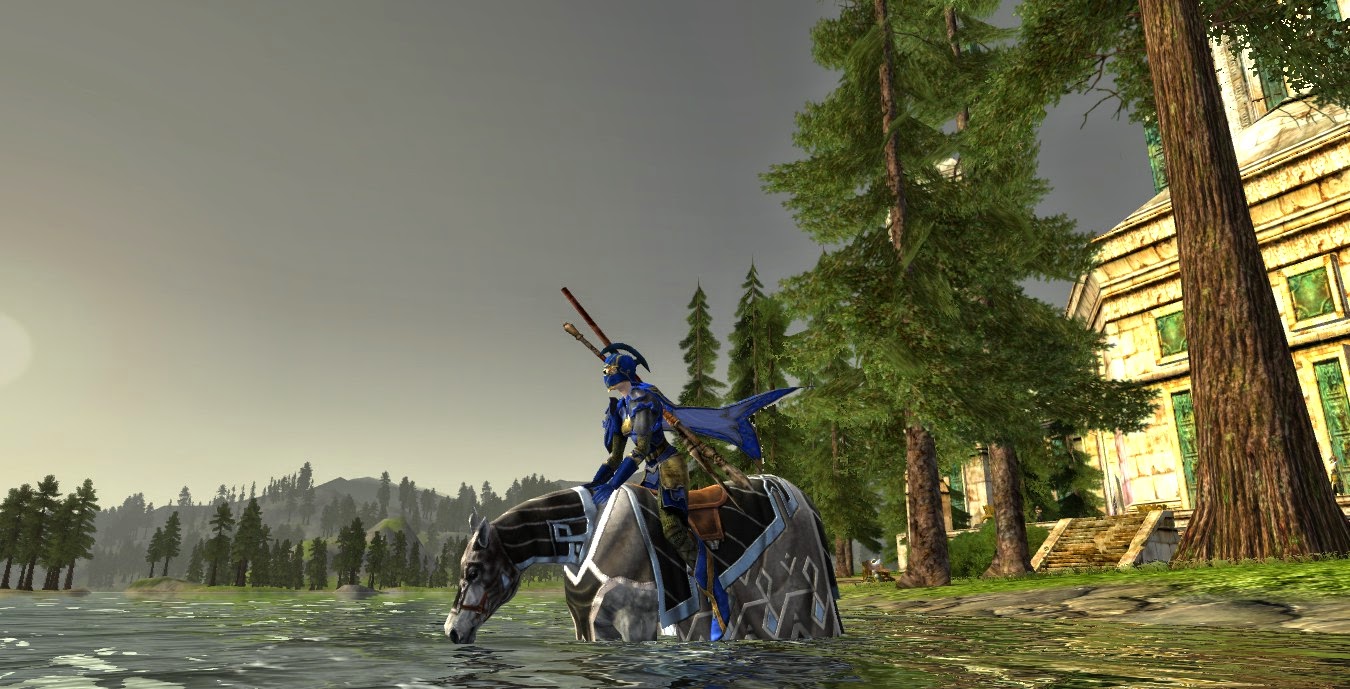 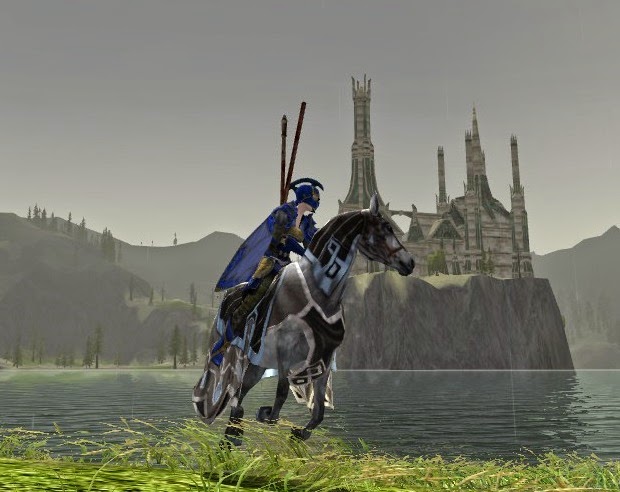 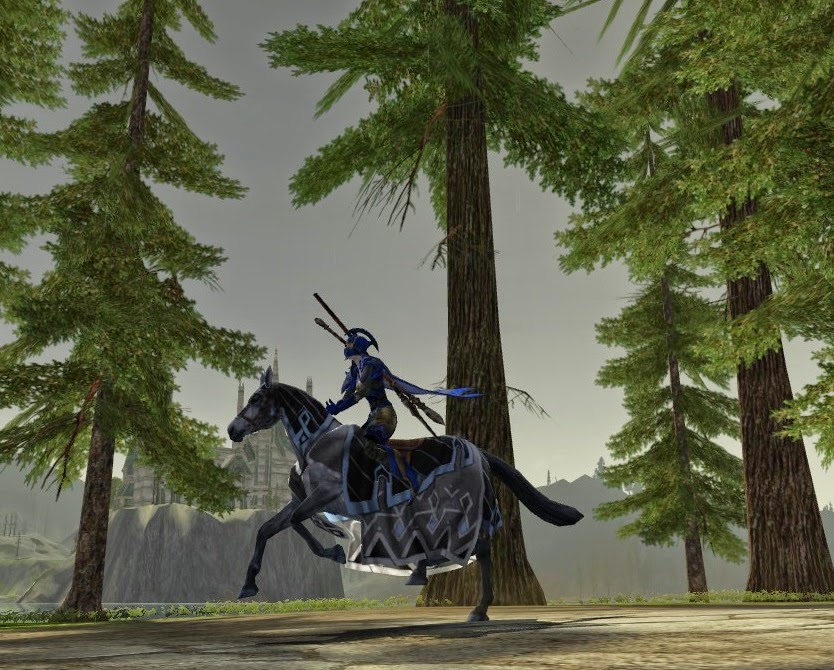 The mount I am riding is called the Noble Grey Steed. It used to be part of the original Starter Pack available on Steam - but has sadly since been discontinued. I have a feeling this was because the original pack was a mere 29.99 USD (although I had gotten it 50% off) , which got you an account-wide, 68% speed mount, a few quest packs, an XP booster, and Turbine Points to boot. It dawned on me immediately after I bought the pack that I didn't need to buy a store horse for my alts ever again. Hahaa.Turbine probably realized this as well, because it wasn't long before the Starter Pack was changed to the Steely Dawn Starter Pack, which featured exclusive cosmetics instead of a mount. I must say, I really lucked out on that one. 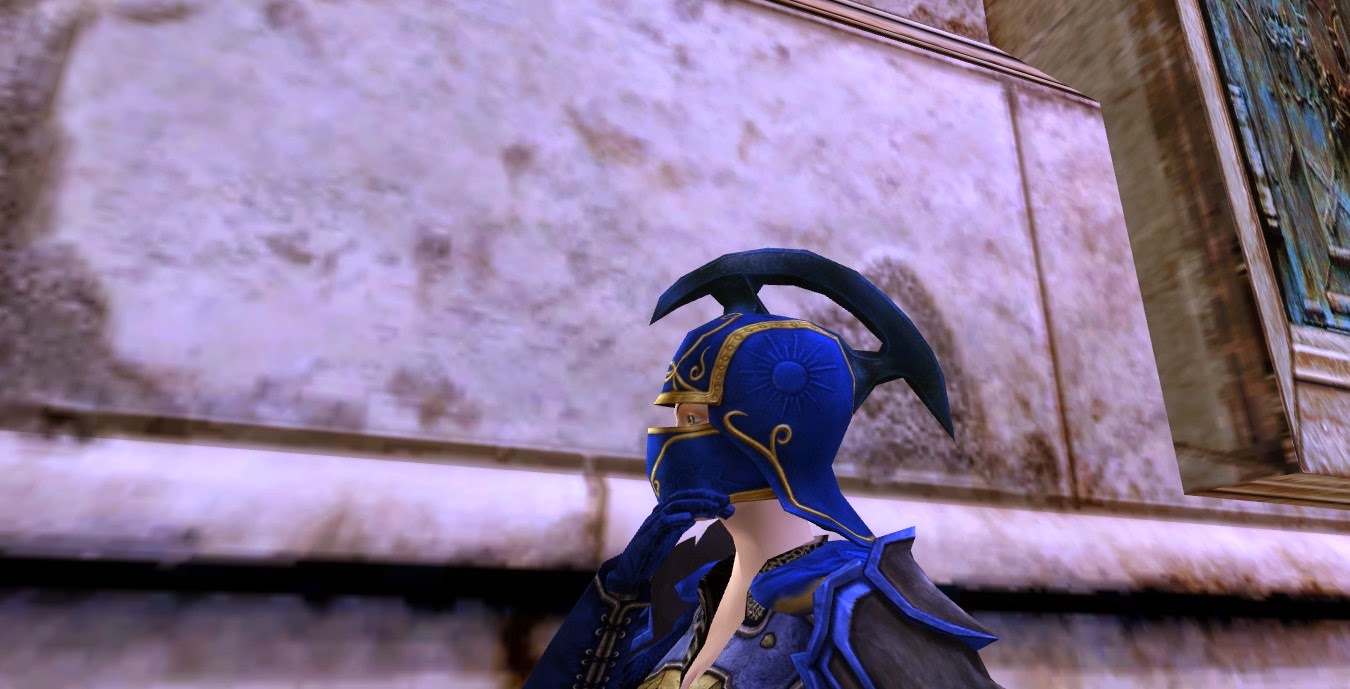 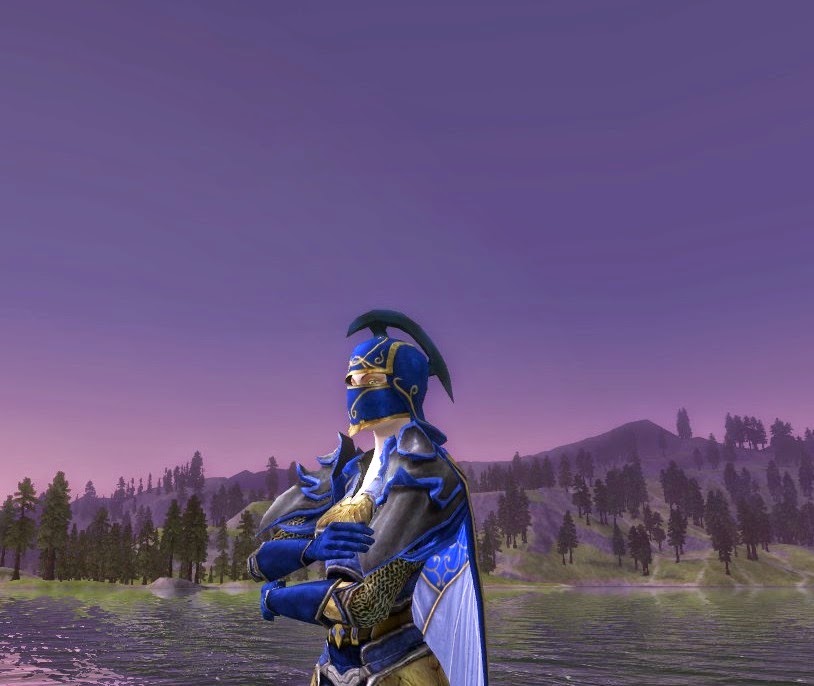 Have a wonderful week and enjoy the outfit!!

Posted by TheElvenTailor at 8:00 AM